Aaron Duong is a business lawyer and debtor-creditor lawyer in Victoria, BC.

So, you had your day in court and walked away with a money judgment in hand. Great! As the feeling of vindication subsides, one question invariably arises: ok, now what?

After fighting a legal battle, it’s easy to forget that winning in court is only 50% of the war. What you’ve won is a piece of paper signed by a judge that confirms you’re owed a certain sum of money – and it’s now your job to collect.

There are three primary methods to collect against a judgment debtor:

Registering your judgment at Land Titles

If you know that your judgment debtor (for simplicity, let’s call the debtor “Steve”) owns real estate, you can register your judgment against that property’s title. Once registered, you’ve put the world on notice that Steve owes you money – especially potential purchasers of his property, if Steve were to ever sell it. Typically, banks giving mortgages to purchasers require that any judgments registered against the property being sold be paid out in the process of the sale. So, Steve would likely have to pay out your judgment when he sells his property.

Pro: this method has a reasonably good chance of producing fruit.

Con: you’d likely be playing the long game; it could be years before Steve sells his property (or is forced to).

If you know that Steve owns big-ticket assets with substantial value, such as cars, boats, RVs/trailers, etc., you may be able to get a court order allowing you instruct a bailiff to seize those assets, which would then be sold at auction. The pot of money created by the seizure and sale would then be distributed among Steve’s creditors, including you.

Pro: again, this method has a reasonably good chance of getting at least partial payment on your judgment. You are also usually entitled to get paid back for the cost of the bailiff out of the sale proceeds.

Con: the vehicle(s) seized might not be worth much, and, there is a good chance that Steve borrowed money from a bank or other lender to purchase these assets in the first place. Those lenders (called secured creditors) get first priority over any sale proceeds, usually up to the amount owed to them by Steve. You only get what’s left over, which can often be far less than 100% of what you’re owed.

If you know where Steve works or banks, you can apply to the Supreme Court for a garnishing order. This is an order that allows you to grab some or all of Steve’s paycheque or bank account. A garnishing order is then served upon Steve’s employer, bank, or other entity that owes a debt to Steve. Your garnishing order would act to redirect some of the paycheque, bank account, or the money owed to Steve to the Court. Once that money is paid into court, you’d be able to apply to have it paid to you to satisfy some or all of your judgment.

Pro: a fairly efficient way of getting partially or fully paid if you know Steve has a decent paycheque or a decently funded bank account.

Con: you may be sharing that pot with other people who have also successfully sued Steve. It is also difficult or impossible to effectively garnish if you don’t know what precise branch of a bank Steve has an account with. Finally, you have to get a new order for every time you want to garnish – so if you’re garnishing Steve’s paycheque, you have to get a new order every time Steve gets paid. Annoying and costly.

Which Method to Pick?

Of course, each case is different and circumstances can vary wildly, which in turn means that some of the above methods may be more effective than others. And yes, depending on a debtor’s financial circumstances, sometimes none of the methods are effective. Post-judgment enforcement can be slow, complicated, and frustrating – especially if you discover that your long overdue debtor has, by circumstance or design, very few assets, or if you become embroiled in additional conflict with other creditors, all itching to get their piece of the debtor’s assets. We call a debtor with few assets and a paltry cash flow “judgment-proof”… this means, a debtor against whom a judgment is pretty much useless.

I’ve had a number of clients go through this process – some who came out at the end with more gray hairs, a lighter wallet, and emptier hands, even after winning in court. Several of them felt like they had no choice but to follow through with every possible enforcement step, having spent a small fortune getting their judgment in the first place.

The key concept, though, is this: be careful about how much money you spend taking chances at recovering money owed to you. For example, spending $1,000 to take a 50% shot at recovering a debt of $1,000 is financially irrational.

Speaking with a lawyer if you’re unsure what to do next, or if you’re wondering whether your efforts are going to bear fruit, could save you a potentially huge amount of hassle and headache. And although we are not magicians who can make money appear out of thin air (we’d be in the wrong line of work if so), there are context-dependent mechanisms that can sometimes extract value from an otherwise “judgment-proof” debtor. We can also let you know if a judgment is financially worth pursuing, because sometimes, they just aren’t, and you’re better off knowing that before you start sinking time and money into it.

I repeatedly come across clients who have gone to a lot of time, trouble, and expense to do a legal name change, in order to go back to their maiden name.

Stop right there. I’m going to save you some money and hassle.

If you were, or still are, legally married to someone, you do NOT need to take any legal action whatsoever to go back to your maiden name, or indeed, any previous married name.

(That is, unless you did a legal name change in the past. If you did that, this article probably isn’t for you. Phone me instead.)

Here are some things you don’t need:

This applies to all legally married (past or present) people, whether men, women, non-binary, trans, genderqueer, and however you identify.

I work with lots of members of the queer community, and I find there’s quite a bit of misconception among us with respect to marriage and divorce. The great news is that, for once, the same rules apply to everyone:

Any questions, give me a call. Otherwise: you’re welcome!

note: this blog isn’t legal advice. Don’t ever take legal advice from a blog: phone a lawyer and get actual legal advice. The law and practice around this topic might change after the post is published. 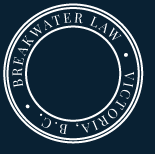 Please note that our address has changed: